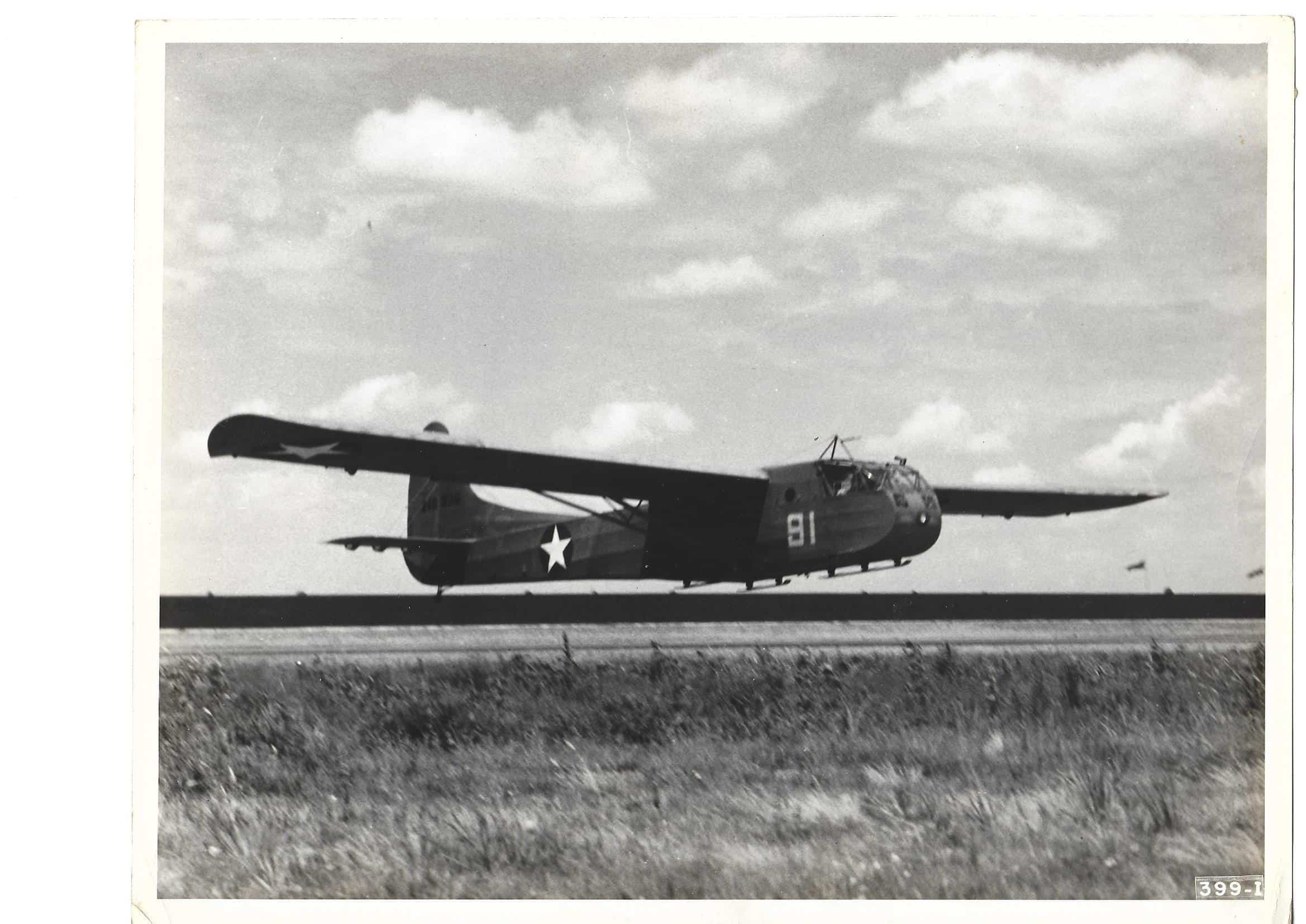 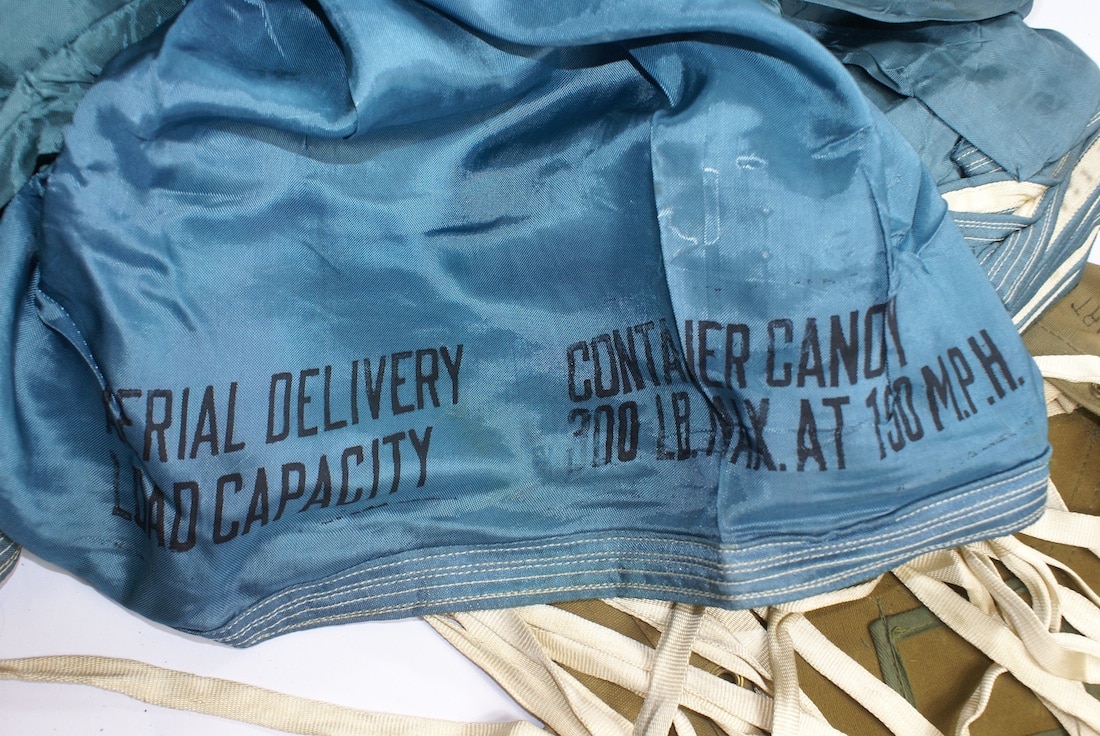 The CG-4A glider’s designed weight was 7,500 pounds.  The maximum  designed speed on tow or in free flight was 150 m.p.h.  With the designed  load, room required for a normal 3-point landing was 600 to 800 feet.  Normal  glide speed was approximately 75 to 85 m.p.h., and the normal rate of  descent was approximately 400 feet per minute. The CG-4A glider could carry 13 soldiers plus the pilot and co-pilot, making a  total of 15 personnel.  Instead of troops, the glider could transport military  supplies or equipment, such as a ¼-ton jeep, or a 37mm AT gun, or a 75mm  Howitzer, or a photographic lab, or a weather station, or radar equipment, or a field kitchen, or a repair shop, or  radio equipment, or six litters for evacuation of wounded personnel.   A pilot and co-pilot operated the towline, trim tabs, spoiler, rudder, toe brake, lights, deceleration parachute and  communication system.  Instruments on the glider included an airspeed indicator, rate-of-climb indicator, bank &  turn indicator, altimeter and compass.  The entire nose of the CG-4A glider could be raised, facilitating loading  and unloading.  There were also doors on both sides of the fuselage. 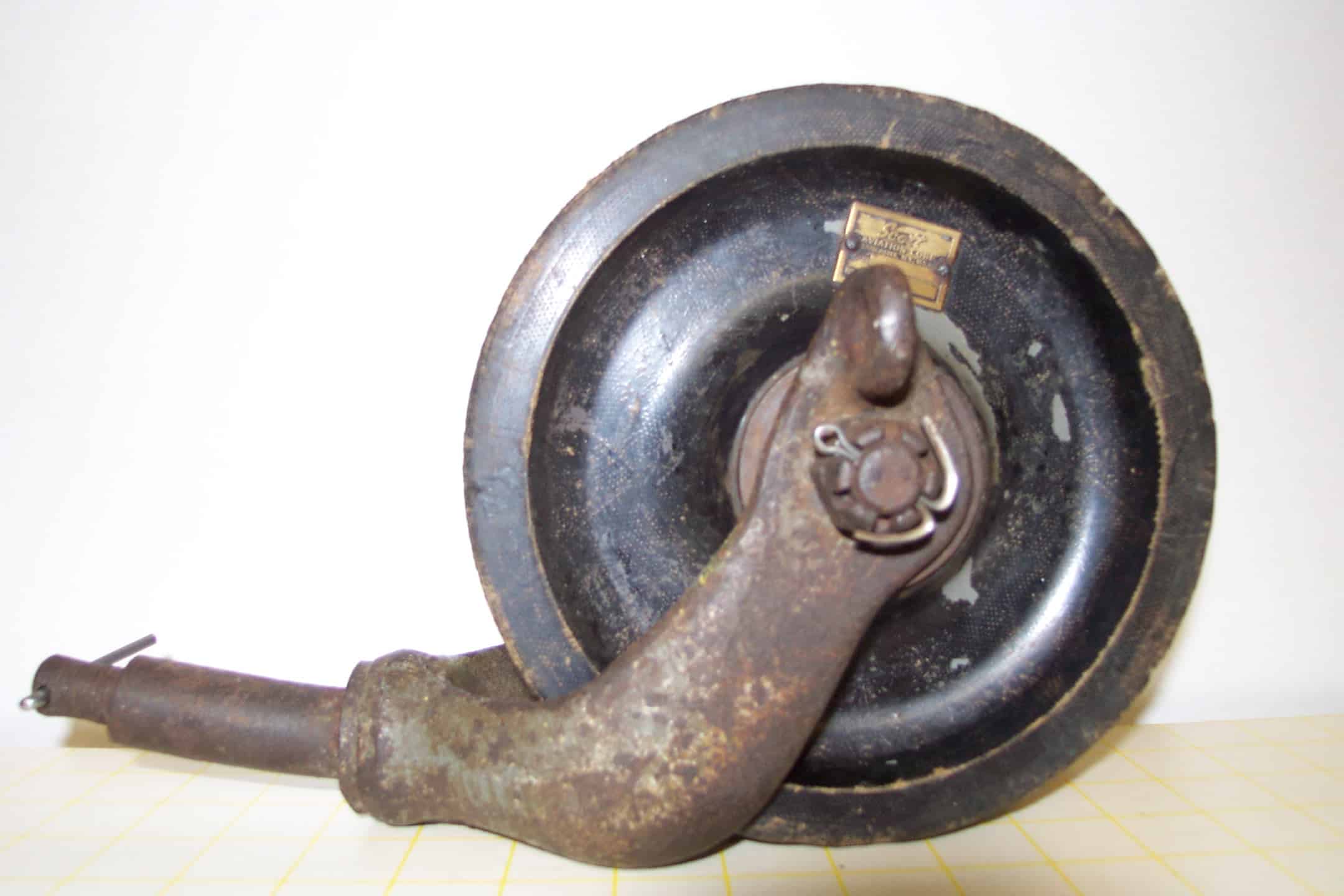